This is the last in a series of articles about “How to Get Elected as a Libertarian.” This article focuses on how to effectively create a mail campaign.

In summary, while campaigning as a Libertarian, it is vital to reach as many voters as possible. It is preferable to meet voters in person, but that is not always possible. In addition, if someone meets you in person, a mailing will help them remember you on election day.

It is also very important to organize your mailing campaign, which requires you to make several decisions about your mailings. 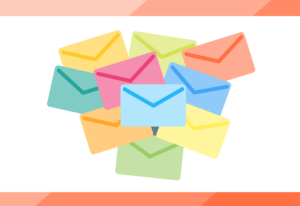 How should you start creating your mail campaign?  You could do a blanket mailing using post office or other marketing services to send out post cards or fliers.

While this may seem like the most inexpensive way to do mailings, many people throw away “junk mail,” especially during election season. In addition, you will be sending mail to non-voters and people with second homes who may vote in other areas.

Remember, the purpose of the mailing is to get voters to know, like, and trust you. In my campaign letter, I included a picture and description of myself, my community activities, and my goals as an elected official.

Who should you send mailers to? Obviously the more mailers you send, the better. However, mail campaigns can be the most costly of all the campaign methods. The biggest cost is postage, envelopes, and other supplies. You also have to factor in your time.

During my campaign, I decided to only target the voters whose houses I did not visit during my door knocking. After organizing the Excel sheet from my county clerk, I tracked who I had already seen, and mailed information to the rest of the voters.

When should you send the mailers? I suggest sending them all right after the applications for mail-in ballots are sent out. You definitely want to hit as many absentee voters as possible, and many of these people vote as soon as possible.

There is nothing wrong with continuing to mail out letters after this date, right up until a couple days before the election.

In summary, mailing campaigns can help propel you to victory when running for office as a Libertarian, especially in local races!

As an elected Libertarian for a Township Trustee in a small rural northern Michigan town, I believe that the Libertarian Party of Michigan should recruit as many qualified, freedom loving candidates as possible to run for similar local roles across the state.

This concludes the Series: How and Why to Get Local Libertarians Elected.

The following stories are in the series: