Central Lake resident William Bailey has filed a lawsuit against Antrim County, asking that County Clerk Sheryl Guy turn over “digital imagery of all the county’s voting equipment used in the 2020 general election.” 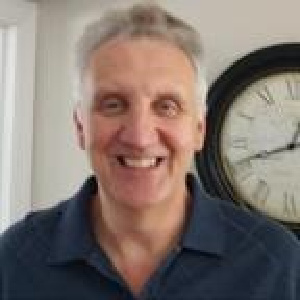 Central Lake resident Bill Bailey has filed a lawsuit against Antrim County regarding the election equipment.

“I’m not a member of any political groups in Antrim County,’ stated Bailey, a local real estate broker. ”I’m fighting this battle because protecting our Electoral Process is sacred to our Limited Government Constitutional Republic.”

Bailey also said that he’s willing to drop the lawsuit “if they let the team of cybercrime/cyber-terrorism experts that I’ve secured simply take digital imagery of all the county’s voting equipment used in the 2020 general election.”

When asked, Bailey was confident that voter confidentiality will not be affected by the cyber-review process . “The cyber forensic team will take digital imagery of the voting equipment. They will not see any actual ballots that are sealed,” he explained.

“Once the cyber team is done, we will know if our equipment was safe during the election or was compromised in some way. We need to know that answer because we will most likely be voting on this same equipment in 2 years. I can’t vote again without knowing our equipment is safe.”

Bailey is asking for citizens to contact Sheryl Guy, County Clerk, as he believes she has the ability to give him the data he is requesting. Click here for Bailey’s unedited public statement regarding the lawsuit.

Bailey’s lawsuit is similar to lawsuits being filed by Trump’s lawyers across the country. Sources say that the Board of Commissioners will discuss Bailey’s request in closed session some time during their meeting on Thursday, December 5th. 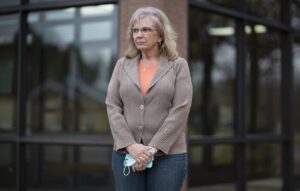 Sheryl Guy, Antrim County Clerk, in a photo from the Traverse City Record-Eagle

Clerk Guy believes that Antrim County has nothing to hide. She recently testified in front of the Senate Oversight Committee regarding the election tabulation issues. See her testimony at 2:36 of this tape.

“Incorrect election reporting of the unofficial results was a result of human error facilitated after two ballot corrections,” she explained. “We reprogrammed tabulator flash card for Mancelona township. We did not realize that we had to reprogram all the tabulator compact cards for all the townships. The error caused the election night program to not load correctly.”

“What was missed, you know, is on us,” Guy told the Traverse City Record Eagle.  “That’s a very hard lesson to learn. But this will never happen in Antrim County again.”

The Michigan Secretary of State’s office released a statement corroborating Guy’s account, stating that it was an isolated incident: “Even a widespread error would be caught during county canvasses.”