In November, I was elected Mancelona Township Trustee. Mancelona is a rural northern Michigan town which had about 2000 people voting in the 2020 election. I was elected as a Libertarian. It wasn’t easy, but I believe that in the next election, the Libertarian Party of Michigan should recruit as many qualified, freedom loving candidates as possible to run for similar local roles across the state. 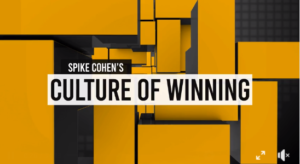 The time to start planning for a winning campaign is now! Therefore, I will be writing a series of articles which will hopefully help other Libertarians choose and win local races. These columns will focus on what I learned throughout my campaign, as well as what issues I face now that I am in office.

As a newly elected local official, I have already voted on several issues, and been able to influence what is happening in my town. While local politics is not glamorous, it is related to nearly everything I do as a citizen and a real estate broker.

As a third-party minority, it seems that I have far more influence as a township trustee than I would have if I was the only Libertarian in the Senate or House. Running for local positions also means that I had far fewer voters to convince! Often, Libertarians can even find races where they can run unopposed.

Our 2020 vice-presidential candidate, Spike Cohen, has been interviewing Libertarians who won their races in 2020. He believes that building from the ground up is key to our party gaining influence. Recently, Spike interviewed both me and Scott Boman, newly elected Detroit Community Advisory Council. Click here for my interview, and click here for Scott Boman’s interview.

Once you win a local election, the fun really begins. You can’t walk in and expect to change the world. You will probably work on a board or council with people from the other parties who think very differently from you. I have already experienced this! It is necessary to build relationships and work together with people before you can persude them to vote for freedom.

Below are the topics I plan to write about in the coming months. I also plan to incorporate Scott’s experiences, as well as the thoughts and strategies of other elected Libertarians.I would welcome ideas and questions at any time at dokrieg@gmail.com.

Series: How and Why to Get Local Libertarians Elected: