The Northwest Michigan Libertarian Party (NWMLP) elected new officers for 2020 at the February 19th convention. We also voted on revised bylaws. Now that we have been operating for one complete year, we needed some tweeks. The most important change to the bylaws was adding new officer roles!

Donna Gundle-Krieg stepped down as Chair as she is interested in being the Political Director for the 2020 election. We have an excellent chance of being the first affiliate in Michigan to get a local candidate elected, and Donna will be offering guidance and tools for local Libertarian candidates.

Peter Biskupski has stepped up to be the Chair! He is well qualified! Other officers include: Ben Schulz as Vice Chair, Ben Boren as Outreach Director, and Kristen Kuhn as Secretary. Philip Lindsay and Lauren Elizabeth Todd will be “At-Large Officers.”

Below are more details about the officers, who will be meeting reguarly to move the party towards our goals of electing candidates and conducting educational and outreach activities.

Pete is an Intern Architect in Traverse City. Although originally intrigued by Ron Paul’s presidential campaigns, it wasn’t until Gary Johnson’s 2016 nomination that he became interested in the Libertarian Party. He enjoys learning from libertarian podcasts such as “Part of the Problem with Dave Smith,” “Ron Paul Liberty Report,” and “Lions of Liberty and Anarchitecture.”  Pete is a firm believer in Matt Kibbe’s slogan “Don’t Hurt People and Don’t Take Their Stuff.”  Email Peter at nwmichiganlibertarians@gmail.com. 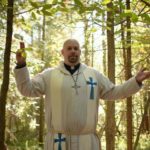 Reverend Ben is a Spiritual Caregiver for Hospice, and Owner-Operator at Northern Knots  Wedding and Event Service. He was the first regular member of the local party. He has a special interest in the tricky balance required for Christians to be involved in politics, and feels that a third party alternative is necessary for our country to move forward. He lives in Buckley with his wife and three children. 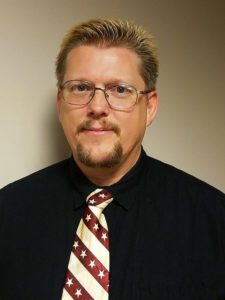 Secretary David Holmer is a veteran and an author, and is running for Manistee County Commissioner.  In 2018, he was one of the top vote-getters in the Libertarian Party of Michigan! His enthusaism is contagious, and he is very active in his community. He works with a dozen non-profits, including: First Congregational United Church of Christ; Manistee Choral Society; Manistee Council on Aging; Manistee Writers’ Group; and Manistee Civic Players.

Donna Gundle-Krieg is a real estate broker in Mancelona and owns her own company, DEK Realty. She is especially passionate about property rights, and in a past life was passionate about growing the home schooling movement. She is currently leading a group called “Citizens Who Want a Vote on the Antrim County Jail.” Donna was involved in the Libertarian party for years in “downstate” Michigan. She lives in Mancelona with her husband and has two adult children. Email Donna at nwmichiganlibertarians@gmail.com.

Ben is an Entrepreneur who lives in Traverse CIty after several years living in California and Nevada. Ben has been involved in the Libertarian Party for a decade, and his enthusiasm is contagious. His favorite quote is from Ayn Rand: “He will be an integrated man, that is: a thinker who is a man of action.” 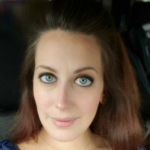 Lauren Elizabeth Todd is a former editor and writer who recently stopped working in marketing after having her second baby. Originally from Metro Detroit, she and her husband became permanent residents of Traverse City six years ago and started a family. Lauren has now been involved in libertarian groups for a number of years, devoting time to spreading the word of liberty through social media. She believes that government overreach has gotten out of control and that people have a right to govern themselves, so long as they don’t aggress against others. She is a strong supporter of property rights, voluntaryism over force, and can often be heard speaking out against taxation. 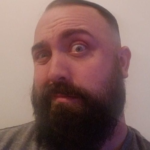 Philip Lindsay grew up in Traverse City and is a 13-year Army veteran. Having served two deployments under two administrations, he brings objectivity to the war on terrorism from both perspectives. He believes the best way to “support our troops” is to bring them home and end the foreign policy of interventionism. Phil resides in South Boardman with his wife and three kids. He is a Computer Information Technology student currently attend NMC.