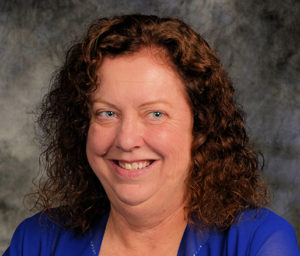 Donna, a real estate broker, lives with her husband Dennis on the Cedar River in Mancelona. They have two adult children. Son Steven and his wife Tori live in Chicago, and daughter Ellie and her husband Jared reside in Interlochen.

Donna, born and raised in the Detroit area, loves Mancelona. As broker and owner of DEK Realty, she has sold over 300 properties in the area since moving here several years ago. Recently Donna was voted 2020 “Red Hot Best” Realtor in the Charlevoix/Chain of Lakes area.

“Mancelona has been good to me, and I have fallen in love with the people in this town,” she said. “I want to continue to find new ways to give back. I really think that my leadership and communication skills will serve the township residents well.”

She is also a member of St. Anthony’s Catholic Church, and the Mancelona Chamber of Commerce. Last year, she helped start the Mancelona Area Professionals Networking group.

Donna’s biggest volunteer job is Political Director of the 9-county Northwest Michigan Libertarian Party. This affiliate was officially recognized last year as part of the Libertarian Party of Michigan. In recent years, many new Libertarian Party affiliate groups are forming as state party membership has grown, especially among freedom-loving millennials.

The Libertarian Party’s goal is to provide voters with options beyond the two-party system. Libertarians believe in limited government, so are considered financially conservative and socially liberal.

Donna also writes about Libertarian issues, primarily as a guest columnist for the Northern Express.

Donna has a Bachelor’s Degree in Communications from Wayne State University, as well as Master’s level business and law classes at Wayne State and Eastern Michigan University.