Dawn LaVanway, Republican incumbent, is running unopposed for District #7 in the August primary. She is passionate about the jail issue! See her responses to the jail questionnaire below. 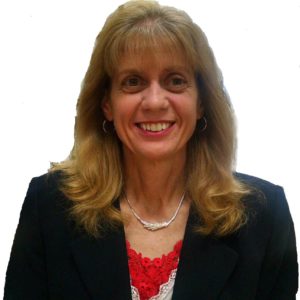 1. Do you agree that all meetings should be held in the evening??? This would encourage participation from working community members and would open up the field of Commissioners to working people. Feel free to explain.
It would be nice to have two meetings a month in the evening for a few hours. Unfortunately, there are many policies, plans, evaluations and procedures that have been lacking over the years creating much on the agendas. Issues with departments need to speak in the day meetings to answer board questions which keeps the costs down otherwise it would be considered overtime for all employees at night.

2. a) Do you or your family have any special interests or connections to any company that will bid on the project or be involved in any way?b) Will you earn money from any part of the jail building project? If so, please explain. c) Do you have any personal connections or previous work with the consultants Byce? If so, please explain.
No / No / No

3. Do you support the Stepping up Program to reduce jail population? Do you feel that the Sheriff should make this one of his priorities? Please explain.
Yes. I would rather see people get help through programs funded partially with federal and state money than to institutionalize the people at a high cost to the taxpayers. Being institutionalized does not only affect the jail population, but their families as well.

Yes. I think the Sheriff would only want to help the public who are institutionalized.

4. Which of the options do you believe the board should pursue as far as renovating or building a new jail? Please explain.
There is no evidence of overcrowding. Stats have been decreasing. There is no research on saving space by moving the jail library to devices for people, have Commission on Aging cook the meals across the street saving space and money, decrease weight room area or digitalize jail files to make more space in the jail.

No cost report has been shown to put a second floor on the jail. No real estate report has been shown of all property available in the area that might be a better fit than the property near Animal Control in which environmental said you can build for a cost. No partnering with Village that will be needed to discuss infrastructure costs for a bigger jail if it is kept in same location.

I would think it would be the Sheriff pushing this issue trying to convince the taxpayers of the need, not five Commissioners pushing their beliefs of standards, liability, security, working conditions and gender from one Consulting firm’s report who builds jails. Commissioners are responsible for hiring an Administrator, approving budgets, policies, plans and procedures

5. Should the Board hire a Structural Engineer to evaluate the current jail for an addition, since it was built to accommodate two stories?
That would alleviate some questions. However, bringing back the same consultant Byce and Associates for special meetings at a cost of $3,000 to $4,000 when there are other questions is not getting any further with a plan costing the taxpayers a lot of money

6. Do you believe that the citizens should be able to vote on this project? Or do you think a board that is split 5-4 should have the $76 million decision?
Definitely the taxpayers should be voting on this project! People in district 7 don’t want to pay for a new jail. Take a look at the July 18, 2019 minutes page

I motioned to stop this process of moving forward because the taxpayers in District 7 are not in favor of continually overspending money every year on this project and nothing has been determined to show the taxpayers the NEED.

Move forward and work on services that are needed in the County such as maintaining the County buildings, fix roads, better internet access, better jobs (Business Park), and workforce housing.

7. How do you think the project should be funded? Fund balance / millage vote / bonding our children’s future?
Let’s not make such an expensive decision without working together with the taxpayers. Some taxpayers in the County might know things and have experience in corrections, legislation, and funding. The County Administration building was built without the vote of the people many years ago. Let’s learn from that incident and move forward working together to make a better County. A plan working with organizations and agreed upon to administer grants and low interest loans are needed. The State of Michigan last year created a committee to take a look at jail reform to keep people out of jail because costs are so high it is putting Counties in debt. It would be nice if State and/or Federal money would pay if a plan was organized and thought out so the taxpayers in Antrim County are not out taxed.