The Antrim County Commissioners are working on very expensive plans for new and/or upgraded facilities including a jail, administrative building, courthouse, sheriff’s office, and more. Estimates for these renovations or new buildings range from $40 to $76 million, according to the Antrim County Facilities Master Plan. 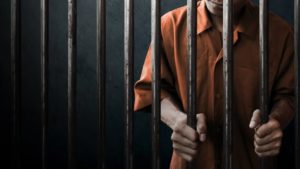 Before deciding on which option to pursue, commissioners should consider the impact on taxpayers and affected business owners. In addition, commissioners should responsibly manage the building process as well as the properties that we are entrusting to them. It’s hard to feel good about a huge government building project when they have let current facilities deteriorate to the point that $40 million renovations or all-new buildings are “necessary.”

Consideration of the county taxpayers is vital. In fact, does Antrim County even have millions of dollars to pay for this? Commissioner Ed Boettcher said, “There may be the need for a bond or millage for partial funding, but we may be able to fund from our budget. This will be a long-term project.”

Of course it will be easier for the commissioners if they can figure out how to fund this project without a millage or bond; because it will be tough to convince voters. Just because “we” have funds in the county coffers to fund such a mammoth project is no reason to freely spend the money.

Libertarians such as myself believe in the option of lowering our taxes and giving taxpayers back some of our hard-earned dollars.

Option H was preferred by last year’s survey participants, most of whom were from Bellaire. However, commissioners need to consider input from all areas of the county, not just Bellaire. Of course, Bellaire residents and business owners have been the most vocal and prefer the option of relocating the jail and sheriff’s department. For a mere $2 million more than Option F, they can have new buildings and remove this undesirable element from downtown.

Sometimes it does make sense in the long-term to spend more on rebuilding rather than renovating. As a real estate broker, I have seen many people start remodeling projects, only to eventually ask, “Why not just knock it down and start over?”

Let’s face it: We would all love to have newly built homes and offices. However, we can’t always have what we want. Many of the people who would foot the bill of the new county project live in houses or buildings that aren’t new and shiny.

Therefore, the impact on all county taxpayers should be the most important factor in the decision. Commissioners should also consider the economic impact. Increasing the size of the jail and police station definitely affects surrounding businesses.

It is true that downtown business owners and groups have worked hard to create a desirable and walkable downtown that’s attractive to tourists. Moving some or all government buildings would help alleviate the shortage of storefronts and parking.

However, should we trust our Commissioners to properly manage new buildings? For some reason, we trust their expensive consultants when they determine that county government needs more space. It seems to be a given that “significant upgrades are needed at county buildings.”

My question: If these buildings have been properly maintained, why do they need significant upgrades?

Also, why are Commissioners now moving toward demolishing the building at 101 Depot Street in Bellaire?Two years ago, they purchased the 28-year-old building for $495,000. For some reason, the heat was left off this winter. The water damage was so extensive that the building now needs to be destroyed.

Administrator Pete Garwood claimed “Demolishing the buildings was the plan when we bought the building.” Yet they paid above market price for a building that was perfectly fine when it was privately owned.

This debacle is just another example of how people in government tend to spend other people’s money freely and irresponsibly. Antrim County taxpayers deserve better.

The commissioners should spend our money wisely, as if it were their own, with consideration for all taxpayers living in the county. Option F or H are preferable as the least expensive options, and they should be evaluated in more detail for comparison.

We do not need to build the newest, biggest, and best of everything for our government workers and prisoners at the expense of the taxpayers. And government buildings and jails should not interfere with a thriving downtown dependent on tourists.

Last but not least, regardless of which option they choose, the commissioner’s plans should include proper maintenance and management of current and future buildings.